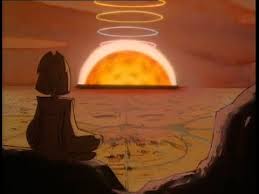 When humans will be able to create an artificial sun, those who will live that day will look at us like we are now looking at humans from far stone age. Once achieved, this technology will increase borders of any Habitable Zone.

Is it possible to create an artificial sun?

In the far future, it could be. We don't know how people will.

In order to do that, some technology must be developed to force matter to collide. For example, if we take the dust disk floating around Epsilon Eridani, we might be able to create a small red dwarf star. Again, if we divert the two brown dwarfs from Epsilon Indi, we can also create a red dwarf star. If the right mass is achieved, nuclear fusion will start. A white dwarf can collide with a red dwarf to create a star somehow similar to our sun, Sol.

The most used theory in sci-fi movies is to transform a gas giant into a star. However, if somehow you create conditions in the core of Jupiter, the resulting heat will make the planet expand, until pressure and temperature fall below fusion limit. To have nuclear fusion inside Jupiter, you will need to keep the fire going' (to stimulate reaction to keep going). The amount of needed energy will be huge. Will the star at least produce as much energy as it consumes to stay alive? This is a hard question. What is to be said for sure is that. if we start nuclear reactions inside Jupiter, its diameter will grow beyond the orbit of Ganymede. It will also generate a strong solar wind.

In case of a large enough gas giant (Jupiter fits well for this), the solution might not be to keep a continuous fusion reaction, but just to heat the planet. Hot planets can be artificially formed this way. If we heat Jupiter until its surface reaches 3000 K, then its light can support life for plants and its infrared light can heat a satellite. A Habitable Zone around a hot Jupiter should be at 7 million km (0.05 AU). This fake sun will cool fast, but will support life on a hosted planet for 10 000 years.

The idea is to create an orbital station, able to produce light and heat from hydrogen fusion. A single station will create a day - night cycle on a Rogue planet. An army of stations will make an eternal day. Compared to all other artificial suns, this one is the cheapest and the fastest to get applied.

Another version is the Hot Moon. For this to happen, we need to warm-up a moon until it reaches temperatures of 2000 or 3000 K. Suppose the Earth-Moon system were free-floating in the outer space. If we increase Moon's temperature to this value, it will glow and emit a strong infrared and moderate visible light, somehow similar to M - type stars. This will ensure a minimum amount of light for Earth-like plants to survive and enough infrared light that, with the help of greenhouse gasses, we can make the planet habitable. The way to make the moon so hot is still beyond our level of knowledge. We might use a massive collision, controlled core explosions or inducted heat with magnetic currents. As the moon gets at this temperature, all its volatiles will be lost. Also, other chemical compounds, like silicates and iron, will start to evaporate. As they will interact with magnetic fields, this can create powerful radiation belts.

Some sci-fi movies and cartoons [1] describe an artificial sun placed on the ground (see image on top-right). Creating a massive source of light and heat on the ground might be more easily and cheaper. It also will be far more cheap to maintain. That sun will most probably be a nuclear fusion plant. It will be far more easy to control energy output.

Main problem of a ground sun is that its light and heat can only be used on a limited area. The sun will appear as if it is at dawn. The heat will be released mostly into the upper atmosphere and only a fraction will be directly radiated to ground. Heated air will circle around the planet. The largest amount of light and heat will escape into outer space. By placing a giant balloon in the stratosphere, some radiation can be redirected back to the planet.

A planet with artificial suns on the ground will have various climate patterns. It is even possible to keep a tropical beach paradise at a few km away from frozen glaciers. Humans will have all the control on global climate.

It might be possible to build smaller artificial light objects, perhaps the size of a moon like Europa or Iapetus and put them into orbit of faraway planets, effectively creating smaller habitable zones around them. This would further heat up the nearby moons/planets and allow for terraforming at smaller costs.

Depending on the surrounding environment, effects will be interesting.

Creation of a new sun will change dramatically the sky for a solar system. If Sirius would host an artificial sun, the system would shine with 3 suns. Also, heat output from the new sun could generate global warming on distant planets. If we transform Jupiter, don't be surprised if Earth will increase average temperatures with 1 degree.

For sure, solar winds will interact one with the other. As a result, new radiation belts will form.

The main reason why people should try creating artificial suns is to increase habitability to new planets. With technology of a satellite sun, many Kuiper Belt Objects and Rough planets can be terraformed.

Retrieved from "https://terraforming.fandom.com/wiki/Artificial_Sun?oldid=7402"
Community content is available under CC-BY-SA unless otherwise noted.